on October 15, 2021
I got to spend a week in my childhood home, on this post I am sharing the black and white photos. My son brought his sketch book along and drew this. 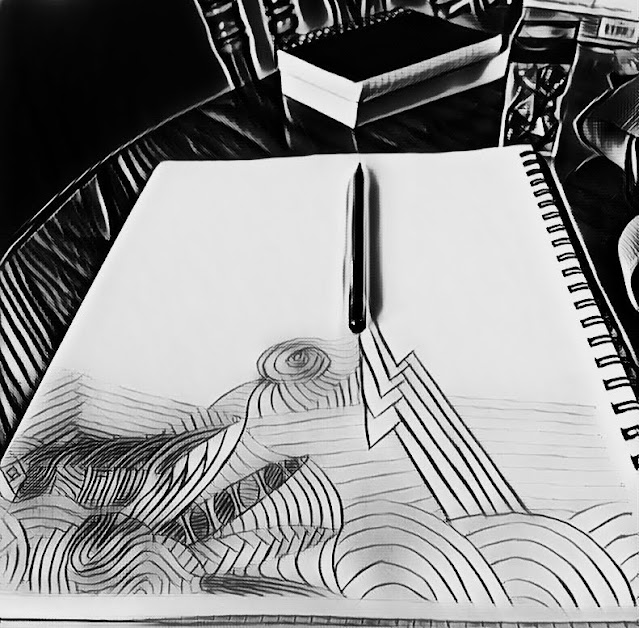 I took this picture during a walk. I am not sure what kind of fruit is on this tree. My daughter though that it might be walnut. 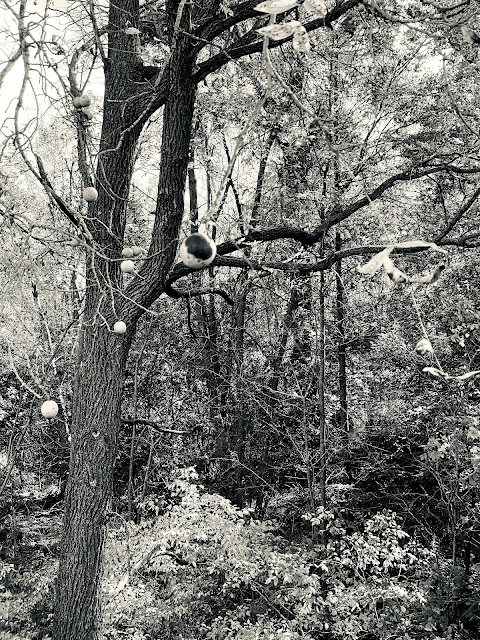 Here is a color photo to help tell what kind of fruit it is. I only notice the tree because a bunch of the fruit was on the ground. I was initially thinking that it could be an apple tree, but these looked a little small. 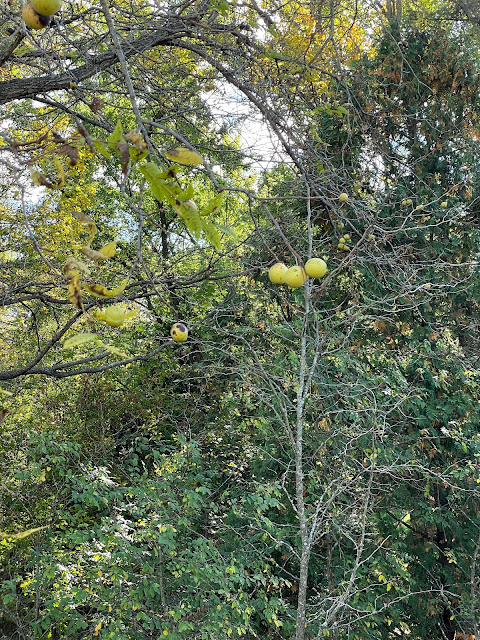 The next three photos where originally taken by my dad. He had served in the Army band in the early sixties. He had taken many pictures during his time oversees. He had gotten out before the Vietnam war. 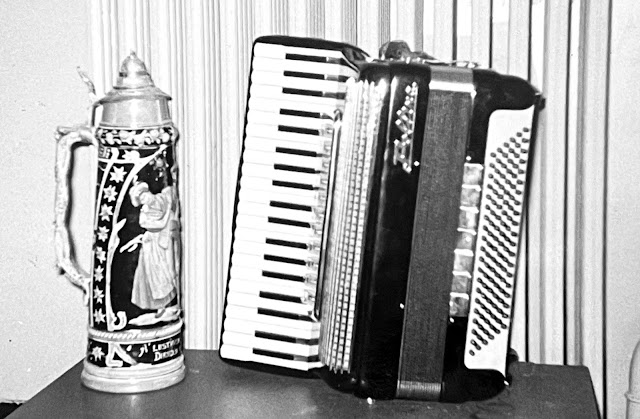 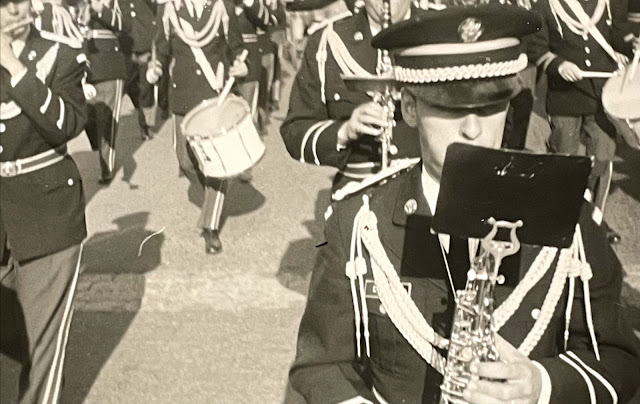 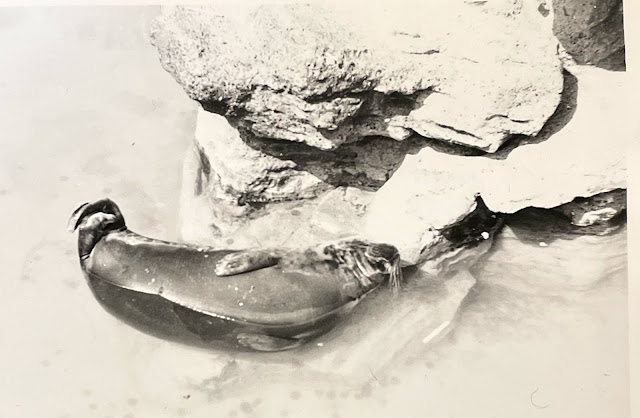 I took this photo while getting gas on the road trip. We were in southern Wisconsin. Out of all the pics I took on the trip, I took a lot of sky pics. 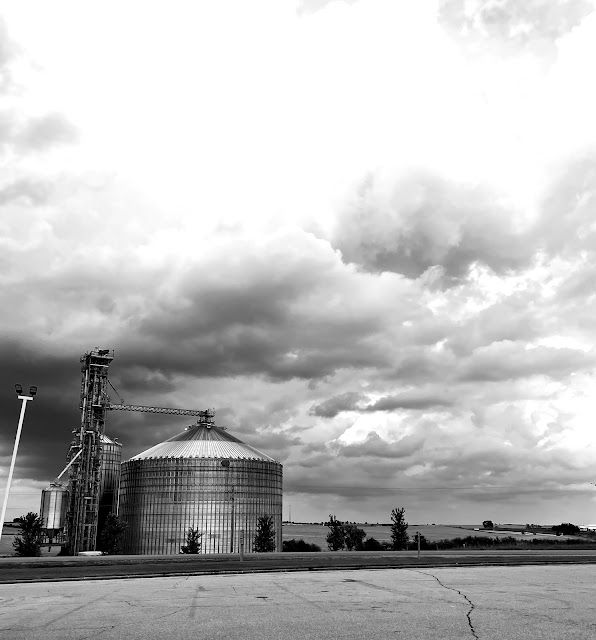 Sharing this with The Weekend in Black and White.
black and white vacation drawing vacation vintage photos 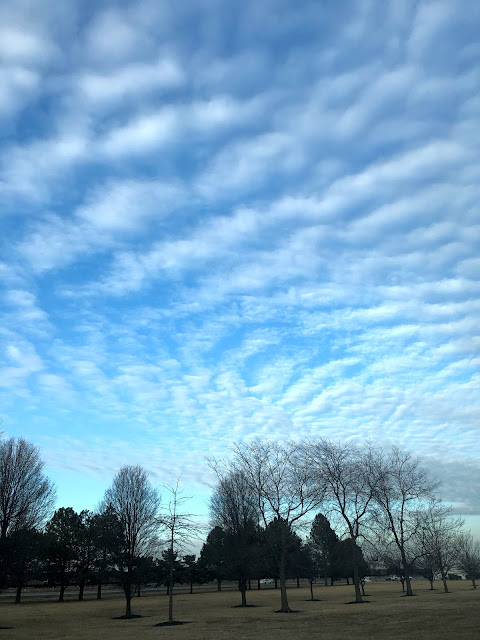 Waiting for a McDonald's order.          Skywatch Friday Seasons meme . Garden Affair Blue Monday / Sunday Shadows Our World Tuesday Through My Lens My Corner of the World 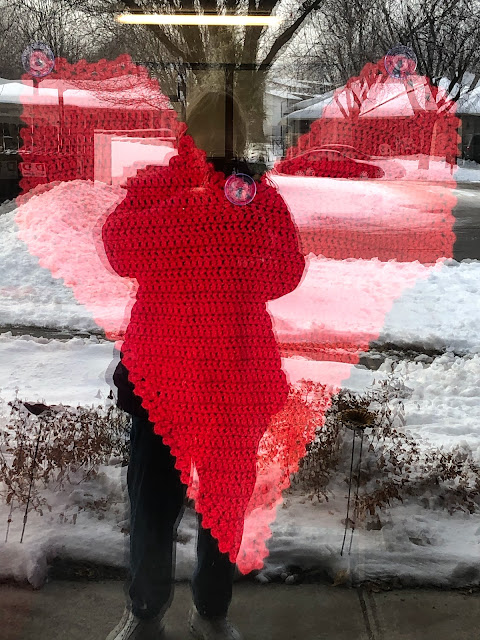 It is a New Year tradition for me to take down the Christmas decorations. I usually don't put up Valentine's Day decorations up, but I have some and did put some up.  I made the giant heart back in 2015 and this is the first year I have it displayed on my patio window. Since I did not have any sky photos this week, enjoy these photo taken during a vacation to Hawaii many years ago. (it has been so long ago I don't remember, 2003 or 2004?)                                             Skywatch Friday Weekend Reflections Seasons meme . Garden Affair Blue Monday / Sunday Shadows Our World Tuesday Through My Lens 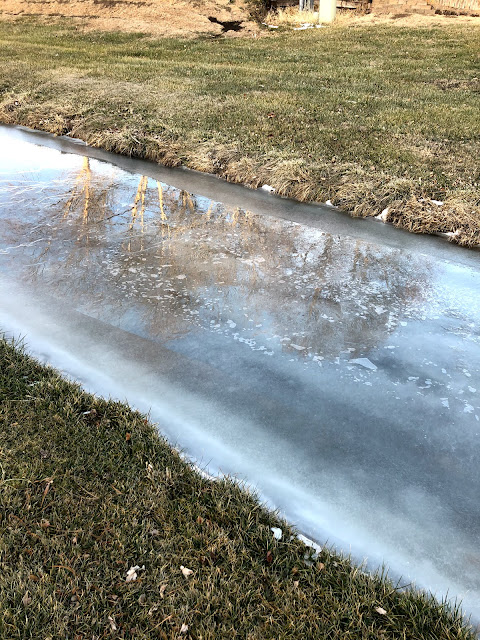 I have a lot of photos this week involving going on walks during the past week.                                   I believe these rocks are a new addition, I have been walking on this trail for years and it is the first time I noticed the rocks. The city (Lincoln, Nebraska) has been making improvements to the walking trail behind the apartment complex where I live. Went out for a walk to look at Christmas lights. Here are a couple of photos taken during a snow storm I was out finishing up Christmas shopping at a local shopping mall and after I was done I went for a walk.  View from top of the parking garage.  For the remaining pictures, I was out running errands and I parked and went about to take pictures. My car is on the far left.                                             Skywatch Friday Weekend Reflections Seasons meme . Garden Affair Blue Monday / Sunday Shadows Our World Tuesday Through My Lens